Austin McManus: You grew up in the Imperial Valley in California, more specifically Plaster City and El Centro. That is essentially the desert, and less than a 30-minute drive to Mexico, right?

Danny Gibson: Yeah, we moved from Plaster City to El Centro in 1988, which is 10 miles from the Mexicali, Mexico border. Plaster City wasn't a city though, it was a sheet rock factory called U.S Gypsum. My Dad worked at the plant for 30 years. We basically had free housing, and a huge desert where we rode three-wheelers and threw rocks at the train.

How often do you make it back, and what do you like most about the desert?

I get back to the Imperial Valley as much as I can. My brothers and parents live there so it’s always nice to go home and eat good food, relax, play pool and eat aguachiles. My niece and nephew love to draw and paint now, so it’s been fun to draw with them and look through their drawings (for ideas). I usually sneak off and take my truck on some dirt or back roads to Mexicali. My good friend started a community space called Mexicali Rose where they give art workshops to the teens of Chicali. Those kids have produced some really cool work and now have a place to present it. El Centro and the Imperial Valley have a lot of cool stuff going on, too! I get so pumped when I see podcasts about retail and gallery spaces popping up. I haven't lived there for a long time now, but my roots are planted in those towns. I still draw inspiration from the years I spent living out in that factory. There were no stores for miles, no ice cream, no nada. Just two rows of houses, a BMX track, and a trailer with a Pepsi machine where the truckers used to smoke cigs and look at Playboy. I grew up watching the people crossing through the hot desert from Mexico, half-dead. By the time they got to the factory, they were already out of water, some drinking their own urine. We would give them water and point them to some trees where they could hide and rest. I didn't fully understand it at the time, but I did figure out that some had it better than others. I stopped complaining about not having an ice cream man.

The desert always sparked my imagination. I used to ride my little ATC as far as I could go and pretend that I was on the moon and my three-wheeler was a moon rover. The bats and owls would whiz at your head when the sun went down. I never felt scared of them. I always thought they were just trying to entertain themselves like I was. The coyotes were smart and always watched our moves, too. They would steal one shoe from each of our pairs and drag them out to the same place. The bombing range close by gave us a light show from the flares and bombs they dropped at night. I really miss being a desert rat. 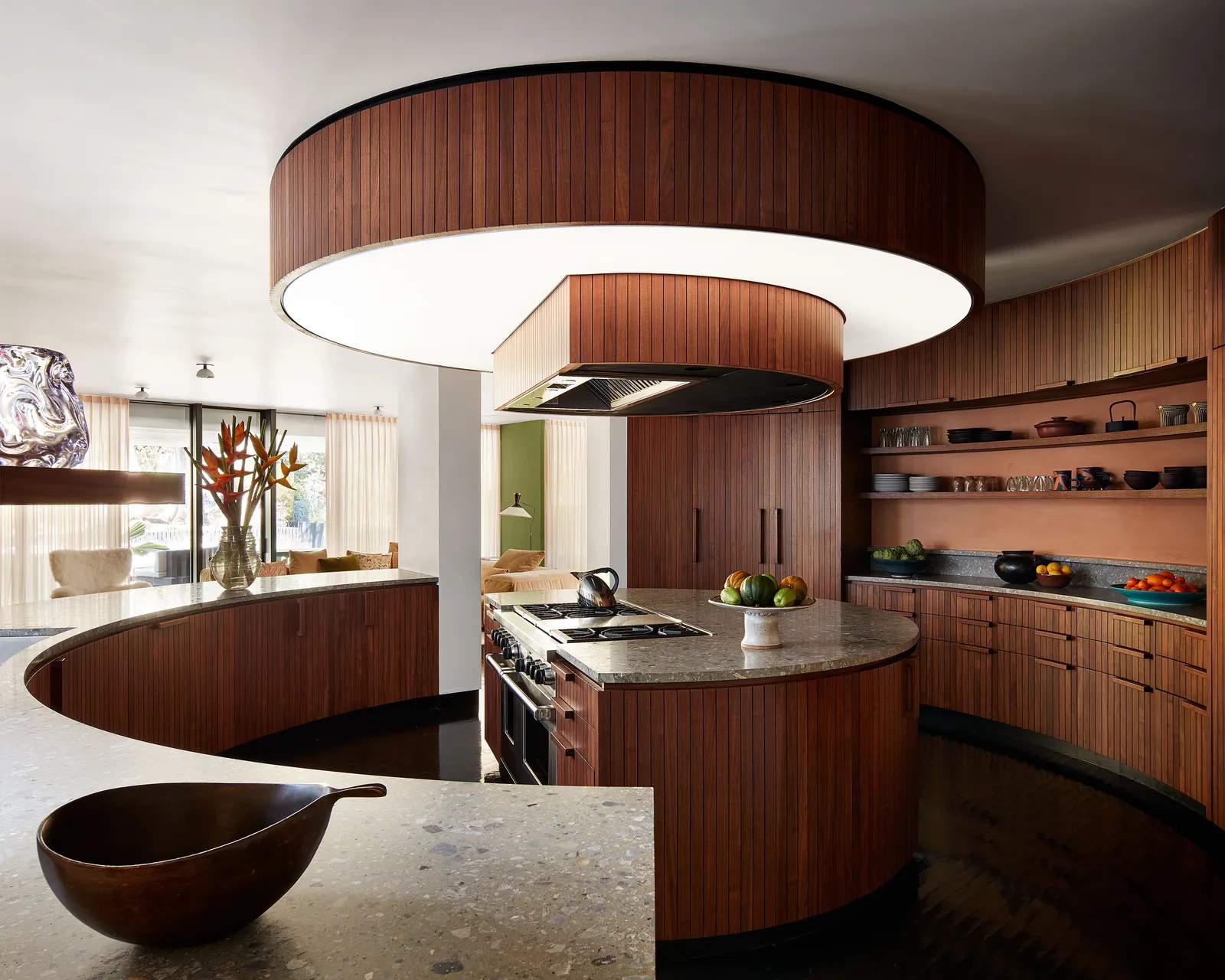 You were the first person I met when I moved to Los Angeles from New York a month ago, and I think you got to witness my Los Angeles culture shock in various ways. I’m curious to know what you like most about living here these days, as well as some of the biggest changes you have noticed since first arriving.

Ha! Yeah, that was funny. You were looking at everything and contrasting. I moved to Los Angeles from San Diego in 2004, but moved to San Francisco in 2010 and was there until 2013. When I got back from SF, I landed in Highland Park and saw the changes happening there. I had cheap rent and stayed low-key for the first year. I kinda hid away and just drew every night. There is so much I love about LA. I ride my bike all around, and it’s not as bad as people say (those people just don't want to ride bikes). I love the trails and nature, too, and that’s really not that far out. As far as the traffic complaints, every city is crammed with cars, ya know? There are so many pockets of artists and galleries to see here, too. I can't get to enough of them. I still try to get in more studio time rather than running around to every opening.

A lot of people claim that LA is having a moment right now within the art scene, in fact, the creative scene as a whole.

Yes! LA is really exciting right now. It seems like there are a lot of artist-run spaces. My studio is in Chinatown, and galleries are coming back to the area, so it’s been nice to take a break and check out all the spaces in walking distance. The mega-galleries are showing some really great work, too. So, yeah, I'm really glad to be here and be a part of it. I follow a lot of galleries on Instagram and I see good things happening in other cities, too. I’m not good at knowing where art is going, but I’m glad that it’s thriving now.

Having recently moved to Boyle Heights, one of Los Angeles’s oldest neighborhoods, as well as a bastion of rich Latino culture, you were telling me that the block is still hot. Besides that, has this transition altered your perspective and creative process in any ways besides a new commute route to your studio?

Boyle Heights and my block are hot, for sure. I see it on the walls and in the three gangs that are trying to claim this area. I've always been interested in gang graffiti. I love decoding it and knowing when things are going to pop off. It’s always sad to see a candle street memorial from a kid losing his life over a few streets. The first week I was rollin’ through, looking for parking and getting some hard looks, dudes posting up on both sides of the street. But I get it; they need to know who's coming in, driving slow. I don't think they were bangers though, just working dudes, buzzed and trying to kill an 18-pack before they turn in. 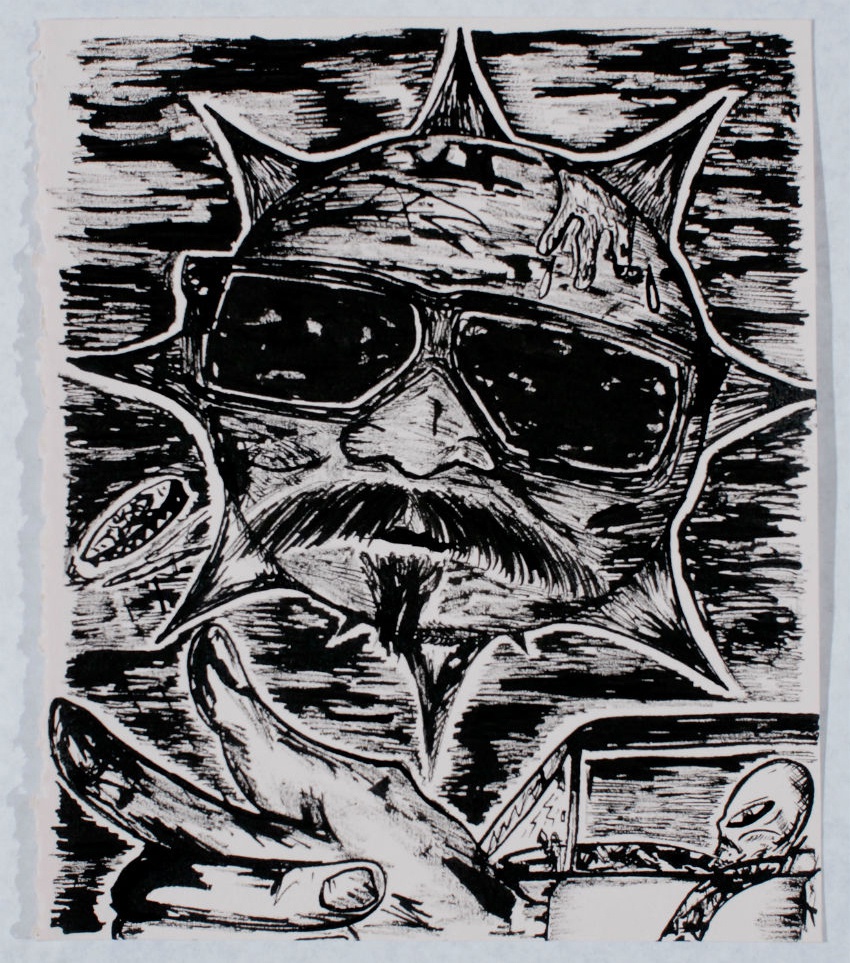 Your style has progressed a lot in just the last few years, and I assume most people wouldn’t draw a connection from the older work to the current unless they were in the know. How do you feel now about your previous efforts?

It has progressed a lot. The older work is still dealing with the same color palette, but the subject matter was really dark. I was dealing with some demons back then, reliving old ghosts and feeding that fire with a lot of fear and self-doubt. Art, for me, is like an exhaust system, a way to tell a story or relive a memory. I was always speaking to what was going on in my head and trying to get it out, but looking back at old work, it looks like a cry for help, if anything. I was in a dark hole with alcohol and drugs for a long time and it wasn't until I quit and started living without it that I turned the corner. I honestly owe everything to my sobriety, and my mind is much quieter now, so there is more time to sit and listen.

So creative output was drastically changed when you became sober? For personal affirmation, did you research artists who had done the same? I only ask because I think that would be one of the first things I would do.
Yeah, the output is strong. I'm at my studio every day or night. I love being there. Many times I will go home and crawl into bed, lay there for an hour with my mind still in the work, only to get up and head back. I can't leave without having something resolved or in a good place. And as far as looking for other artists that have sobered up? Yes, I looked into that. My first Internet search was "Can you still be creative without mushrooms?" The answer is yes.

Do you ever pat yourself on the back, or are you always giving yourself an internal beat down like the bulk of individuals who have seriously pursued art throughout history?

Yeah, I will still give myself a hard time, but it’s only out of discomfort if something isn't working. Not too hard, but when I’m happy with something I did, I'll say stuff like, "Well, well, well, looks like the dirty little Mexican did alright tonight!"

Originally published in the July, 2016 issue of Juxtapoz Magazine, on newsstands worldwide and in the Juxtapoz webstore.